“Emma Fsadni No. 26” has been added to your cart.
View cart

Go to your cart and complete checkout to finalise your order. 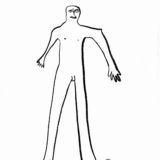 Raġel (2021) by Abigail Agius was exhibited during ‘Inherent Dispositions?’ collective exhibition at The Mill, curated by Elyse Tonna and part of the SPRING Artistic Programme by the Gabriel Caruana Foundation. Click on the image to view the whole artwork.

Raġel (2021) by Abigail Agius was exhibited as part of her mixed media installation entitled serp/dudu during 'Inherent Dispositions?' collective exhibition at The Mill, curated by Elyse Tonna and part of the SPRING Artistic Programme by the Gabriel Caruana Foundation.

Bound by an interest in textile crafts and a curiosity for somatic awareness and play, serp/dudu explores relations between personal memory and materiality. It draws in familiar connections and ties passed down through generations, using knitting as the medium. This practice interacts with a reality for women whose creativity has often been transferred into the domestic making of functional items: blankets, clothes. The use of wool asks questions around making things slowly, exploring our relationship to consumption and the potential decomposition of natural materials. Other elements of serp/dudu aspire to break down barriers which lie between the thought process and its realisation (feeling and doing). This process attempts to create a direct path of communication between the emotional brain and body, rendering itself into shapes which feel free and naive. As a result, it inherently expresses a binary which exists within: the open and the closed. Large, colourful forms are liberated and expressive - but also chaotic. Small, quiet and two-tone works are subdued, pensive and shy. 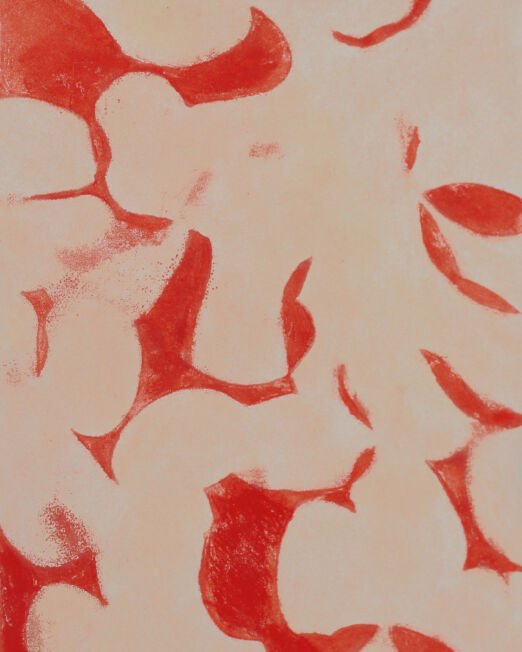 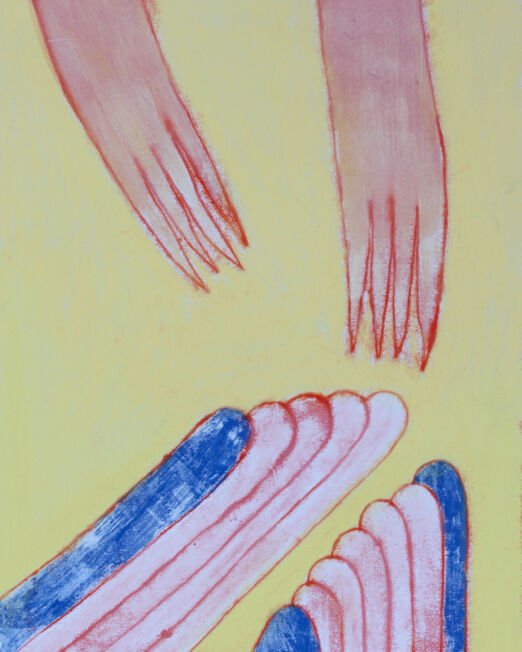 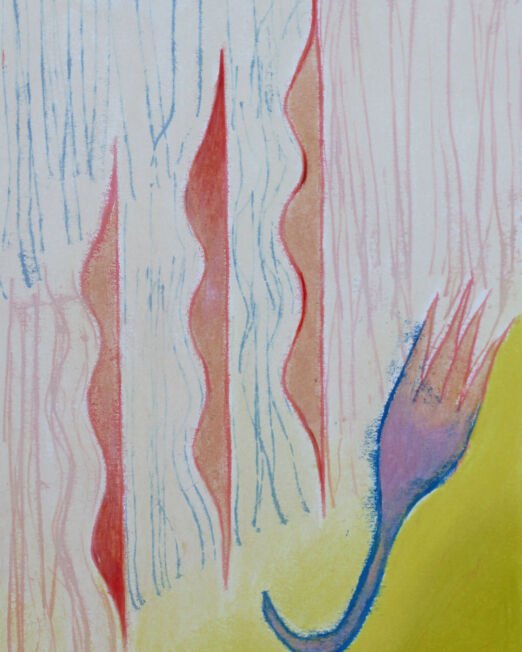 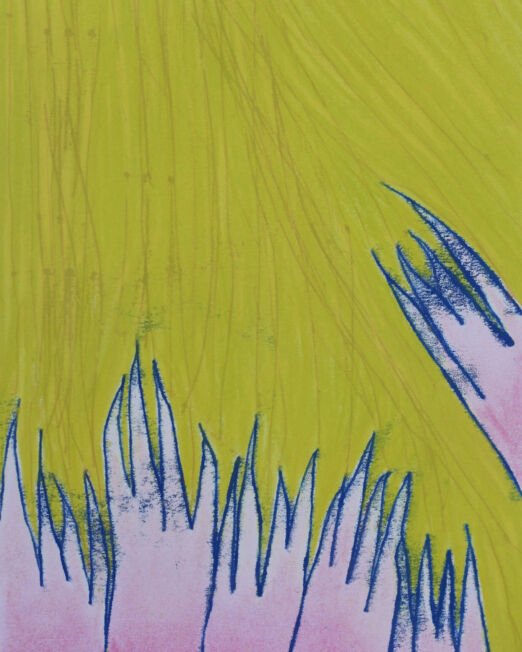 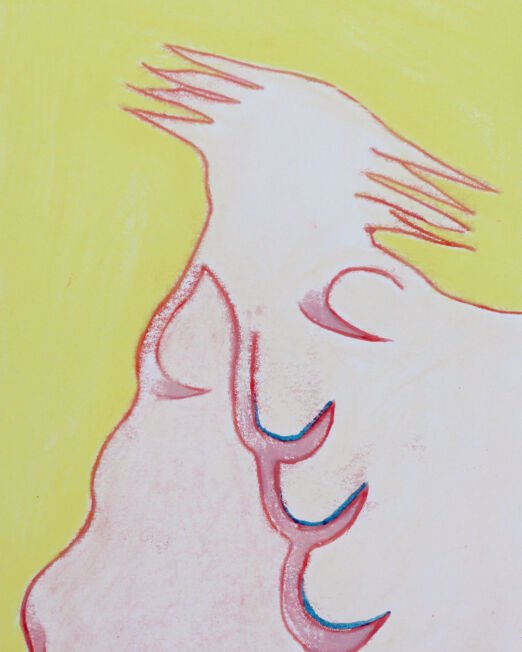 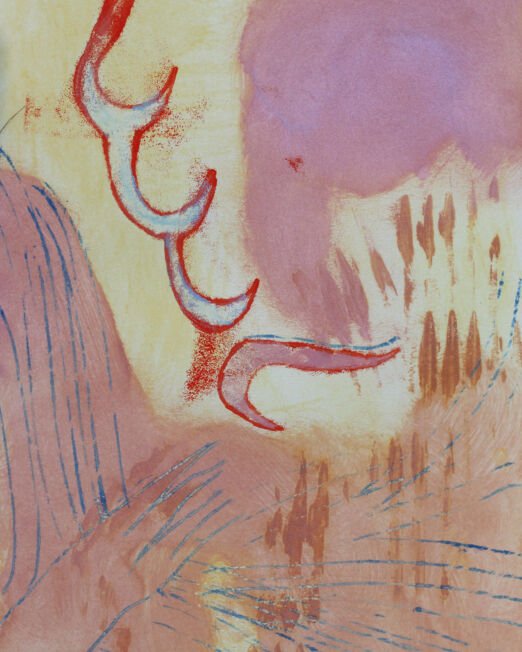